Everest Cumin powder comes from the well-watered and loamy regions of Gujarat and Rajasthan. The cumin seeds have a very high percentage of essential oil that gives an intense flavor to the seeds. Cumin seeds are a cooling spice. Cumin seeds are originally cultivated in Egypt and the Mediterranean. In India, cumin seeds are mostly cultivated in Gujarat, Rajasthan, and Uttar Pradesh. Cumin seeds provide Iron for energy, improve immune system and are good for digestive system, when regularly used with foods. It provides a nutty flavour to the dishes.

Everest, since 45 years has inspired people to use branded spices. Everest is marketed across 4,00,000 outlets in India, nearly 1000 towns and is catering to nearly 20,000 households on a regular basis. Since its inception Everest Masala has won many awards such as Superbrand (thrice in succession in 2003-04, 2006-07 and 2009-10) and Consumer Reaction Award (twice in a row, in 2004 and 2005) and others. Everest has won the accolades for being the largest selling and most popular spice brand over a long period of time on a continued basis.

All efforts are made to maintain accuracy of all information. However, actual product packaging and materials may contain more and/or different information. It is recommended not to only rely on the information presented.

There are no reviews yet. 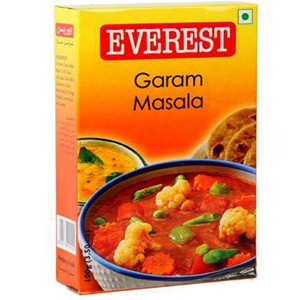